Fully And Fairly Invest In Our Energy Transition

“It’s going to take teams of people to bring people to town hall meetings or community forums. We need a process to find out what people are saying and asking for. It’ll take pilot programs to see what works, and training people how to do the work. And we’ll need funding to really make solutions work.”
– A Seat At The Table Participant, Covington, Kentucky

What is this and why is it important?

A just transition to a clean energy economy is possible in Kentucky with the right mix of equitable public investments and policy choices. Thoughtful public policies can leverage significant private investments in our energy transition and direct new jobs and investments towards the communities and workers who need them most.

Building our next energy economy in Kentucky means making choices about how we invest public funds and attract private investments to achieve the best possible outcomes for Kentuckians. It’s important to remember that even if policy-makers do nothing, utilities in Kentucky will still spend billions of dollars in the next 15 years to upgrade coal plants, build more natural gas plants and pipelines, and pay for the rising costs of fuel and pollution. Those are risky and expensive choices. We can make better ones.

Instead of spending resources for a future powered by fossil fuels, the Empower Kentucky Plan prioritizes investments in energy efficiency and renewables. These no-regrets, low-risk strategies will create more jobs, lower energy bills, better health than the business as usual approach. And, along with investments in a just transition, they can help build a thriving clean energy economy across our commonwealth.

The energy efficiency goals of the Empower Kentucky plan alone will lead utilities and customers to invest $11 billion in energy conservation measures over the next 15 years. This plan also raises nearly $2 billion from a fee on CO2 pollution, and reinvests those resources in energy efficiency and a Just Transition Fund.

Importantly, an analysis by Synapse Energy Economics found that the overall cost of the Empower Kentucky Plan (including capital expenses, operating and maintenance, energy efficiency, environmental retrofits, transmission construction, and imported electricity) is just 3% higher than the cost of business as usual. Meanwhile, average residential bills are actually lower under the Empower plan, due to the substantial priority on energy efficiency.

Why a fee on CO2 pollution?

The Empower Kentucky Plan recommends a price on CO2 pollution in our electric power sector starting at $1 in 2018 and rising to $3 over 15 years. By 2032 this policy will generate nearly $2 billion in revenue. Eighty percent, or $1.5 billion, will be reinvested in efficiency programs across our economy and $387 million will be directed to a Just Transition Fund for affected workers and communities.

The recommended price of $1-3 per ton may appear too low to some, while alarming others. In fact, this proposed fee is far lower than many other policies across the US. According to a determination by the Obama Administration, the true cost to society of CO2 pollution is just under $40 per ton. Carbon trading programs in the northeastern states and California currently result in CO2 prices that range from about $3.50 to $12 per ton. And recent long-term plans submitted to the Kentucky Public Service Commission by LG&E, Big Rivers, Duke, Kentucky Power and other utilities show they anticipate paying anywhere from $10 to $54 per ton of CO2 over the next 20 years.

The Empower Kentucky Plan recommends the low $1-3 price per ton of CO2 pollution during the next 15 years. With help from Synapse Energy Economics, we evaluated a number of other scenarios, ranging from $1-30, to examine the impacts on emissions, jobs, bills, and Kentucky’s energy mix. In the process, we discovered that higher prices for CO2 at this time will likely accelerate Kentucky’s rush to build new natural gas plants. The relatively low CO2 price we propose seems “not-too-hot and not-too-cold” for this time frame in Kentucky. It is high enough to drive down power plant pollution, but not so high that it drives us towards a larger natural gas infrastructure.

As the costs of renewable energy continue to plummet, we may soon reach a moment in Kentucky where a higher price on CO2 will result in greater investments in renewable generation, rather than in gas. Until then, we believe the relatively low price we propose achieves important objectives of protecting our health and climate while also supporting Kentucky’s just transition to a clean energy future. 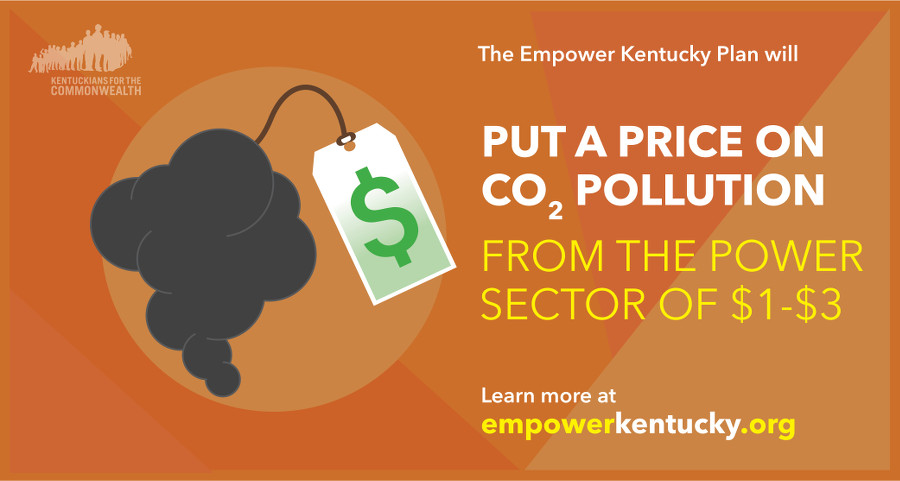 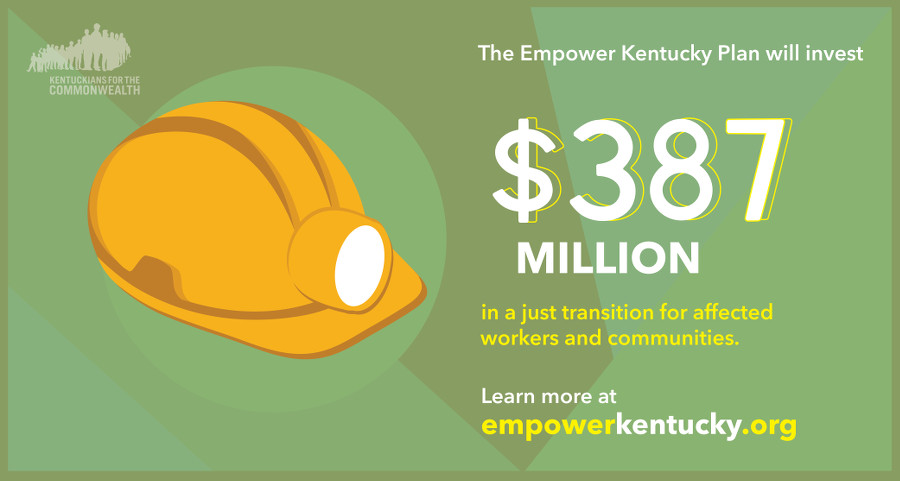