A Seat at the Table

In the spring of 2016, 750 people participated in a series of six community conversations – one in each congressional district – about Kentucky’s energy future. These events, called “A Seat At The Table: Community Conversations about Kentucky’s Energy Future,” were free and open to the public, and every seat was reserved in advance. Events were held in:

By design, A Seat At The Table events were welcoming and inclusive spaces attended by participants from many diverse backgrounds. The three-hour program featured a local foods dinner, a brief informative presentation, and live music and theater performances, followed by in depth table conversations. Volunteers invited many of the guests and facilitated discussions at each table. 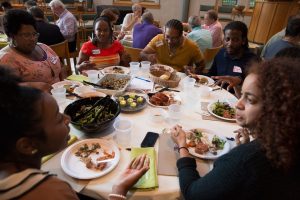 We’re ready for transition, but understand the complexity

Volunteers at each table welcomed participants and got the conversation started by asking everyone to share a brief story about their relationship to Kentucky’s energy system.

People spoke about asthma and black lung. They described efforts to become more energy efficient or use renewable energy. They talked about family members who worked in the mines, or their own careers spent running utilities, retrofitting power plants, or working on coal river barges and rail lines. Some described pollution and health problems from living near power plants or strip-mines. Many shared stories about high electric bills, and the struggles faced by renters and people living in old and inefficient homes.

Reflecting on the wide range of deeply personal stories that were shared, one person said, “We’re ready for an energy transition, but understand the complexity.” Another observed, “We need to make a transition. It starts by respecting and understanding affected workers.”

After hearing each other’s stories, the table conversations then focused on three questions: 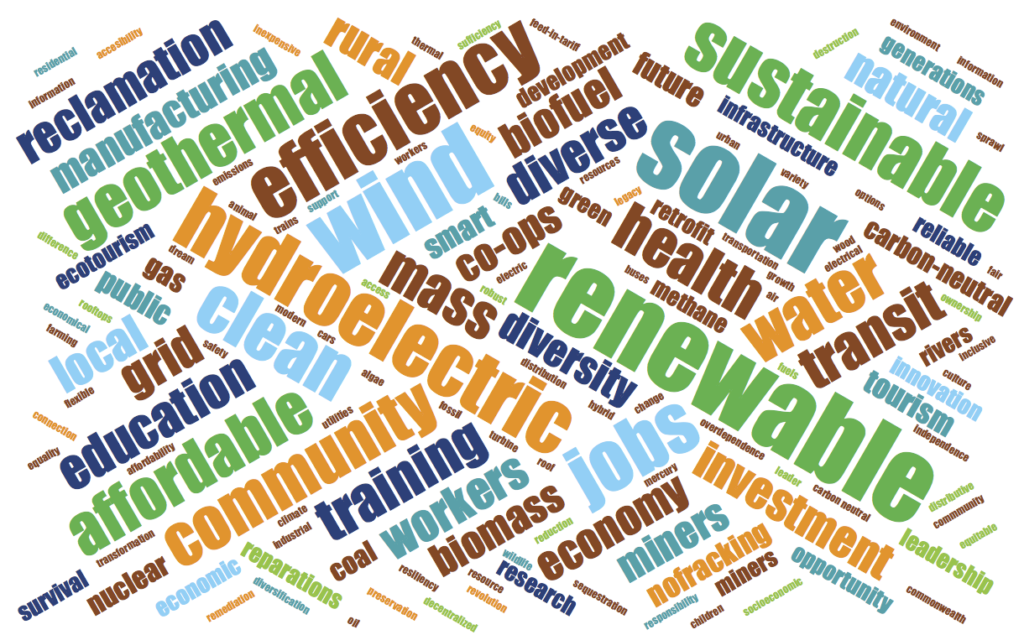 This image represents the ideas heard most frequently throughout our public process when Kentuckians were asked about their vision for our energy future.

The ideas generated through these conversations were carefully reviewed and have informed key recommendations of the Empower Kentucky Plan. Below is a summary of the most significant and consistent feedback we received:

Resources about A Seat At The Table